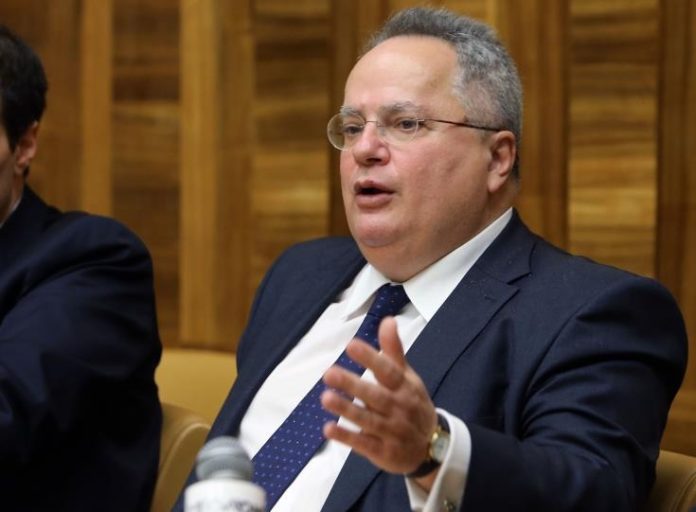 “There are powers at the international stage that do not like this approach, they think we should address Ankara’s interests even if this is against international and European law,” Kotzias said in his interview.

He said that some players in Cyprus and in Greece believed that there could be a solution of the Cyprus problem without ending the guarantees and the rights for intervention and without the withdrawal of the Turkish troops, simply for the sake of a solution.

With regard to the ongoing UN-led negotiations, Kotzias said that for the first time it is accepted and recognised that the issue of security, Turkey`s attempt to have the right to intervene and the presence of the occupation troops are being discussed.

“I consider this to be a major success of the Greek and the Cypriot diplomacy” he said, noting that the core of the Cyprus problem “is again on the table and for the first time Turkey and the Turkish Cypriots must discuss it”.

For the first time, he said, it is understood at international level that this is a big problem and that the solution depends on this.

The Greek Foreign Minister referred to a proposal by the Greek side on a temporary stationing of Turkish troops similar to the withdrawal of the Soviet army from East Germany. He underlined that based on the proposal the Turkish army will have to leave the island within a specific time frame and this will be monitored by an international organisation.

Cyprus has been divided since the 1974 Turkish invasion. UN-led peace talks are currently underway to find a negotiated settlement to reunite the country under a federal roof.